Salt water fishing is a topic as big as the sea. It can run the gamut from angling for smaller inshore species like speckled trout, flounder and redfish, to an offshore adventure in search of pelagic giants like bluefin tuna and blue marlin. Since the inshore species are more accessible to anglers, here are a few tips to help in the search for a good catch. And just to narrow down the field even more, the tips given here will be geared more toward the beginning surf fisherman. However, these salt water fishing tips will put any beginner on the path to becoming a pro.

First, in order to catch a fish the bait has to be placed where the fish lives and feeds. This may be as simple as tossing a baited hook into the surf, which will often produce great results. But not all fishing spots are created equally. Any given stretch of beach will have certain areas that hold more fish than others. It is best if the angler can invest the time to survey the area he plans to fish at low tide, as this condition often reveals subtle dips in the bottom, deeper holes, sandbars, and other structures that will hold fish.

If it is not possible to survey the beach at low tide before fishing, at least take a few minutes to study the patterns of the incoming surf before you cast your rod. Waves that break far from the water’s edge usually mean shallow water, and at times waves may be seen breaking on a sandbar many yards from shore. In contrast, if the surf rushes in and the waves break closer in one area than in another it usually means that the area is deeper than its surroundings. It is important to pay close attention since fish usually congregate around some type of underwater structure or area of depth change.

One mistake that I have seen many fishermen make is to try and send their bait as far as possible with every cast. At times this does pay off, but many times there are plenty of fish to be caught within a few yards of the sand, right in the foam. It is best to fish with multiple rods and cast various distances from shore until the fish are found.

Expensive, oversized tackle is not a necessity. Any decent quality rod and reels combination in medium to medium-heavy is perfectly acceptable. A simple bottom fishing rig of two or three drop lines tipped with size six hooks, and with enough weight to keep the rig on the bottom attached to the terminal end, will catch most species that live in the surf. Always remember that if you want to catch large numbers of fish you can catch a big fish on a small hook. But you can’t catch a small fish on a big hook.

For the beginner, it is best to fish with natural bait. This means practically anything that the fish in your area might be feeding on. Small pieces of shelled shrimp, worms, the meat from clams, small pieces of squid, and cut fish are just a few of the best baits.

The best time of year for saltwater fishing is the time that you can do it. Except in the coldest months of winter you can usually find something to catch. There’s only one sure way to be successful as a fisherman, and that’s to get out there and wet a hook. The only sure way to fail is to never try. So get out there and give it a try, you never know what you might catch.

Eating Whatever I Catch from Fishing Pier! #shorts

Angry KAREN doesn’t like me fishing.. (so she did this)

I Caught a BIG ONE!! This is a Fishing CHEAT CODE! (Saltwater Fishing)

I Hooked a GIANT!! (Catch and Cook) Saltwater Creek Fishing

Fishing the BEACH with CUT BAIT for Whatever Bites!! (didn’t expect this)

Subscribe to my newsletter to stay updated with new posts and product reviews. 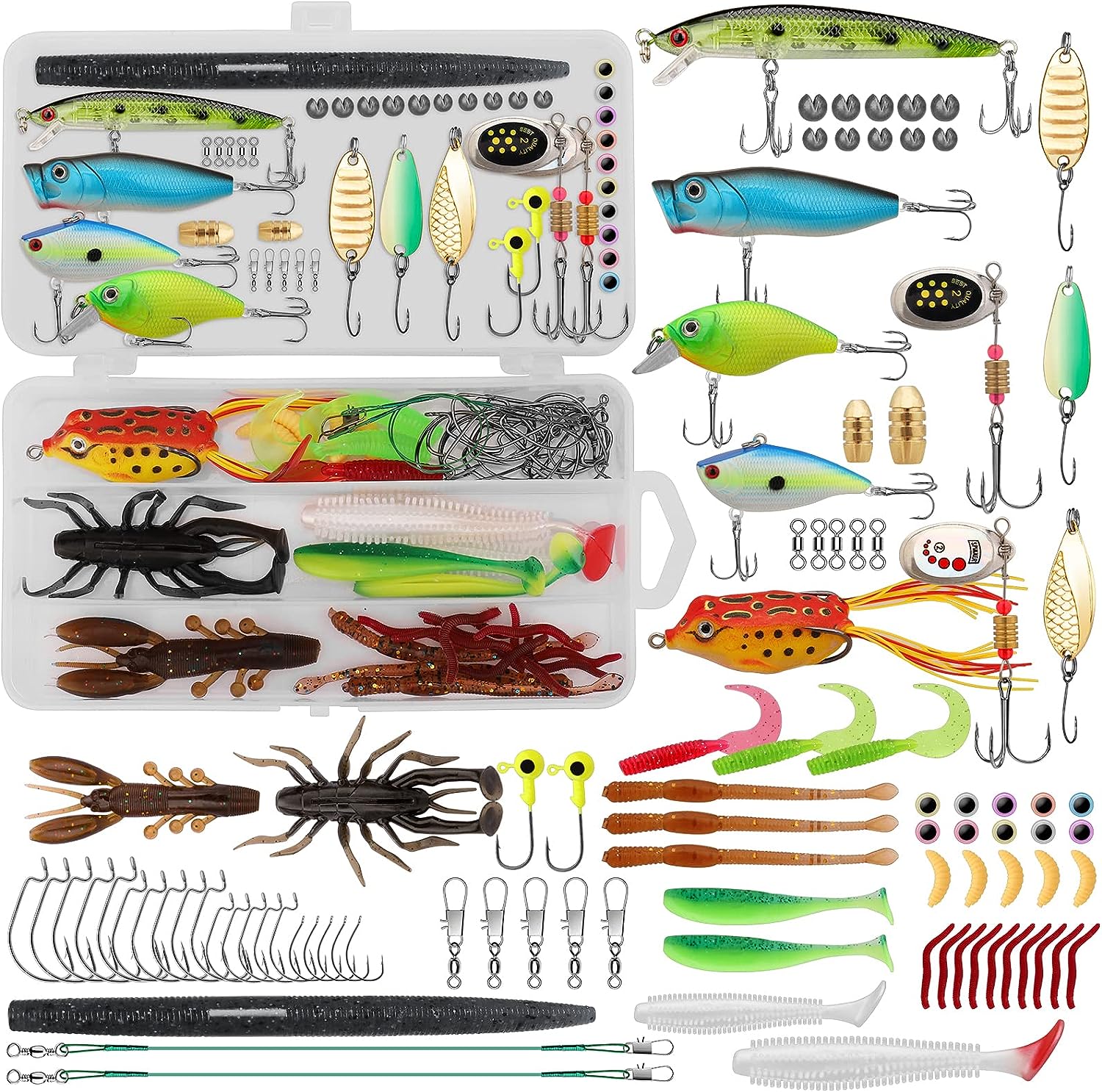